London North Eastern Railway (LNER) is celebrating the arrival of Azuma services on the East Coast route between Aberdeen and London King’s Cross.

Aberdeen is one of the first destinations in Scotland to benefit from the arrival of the world-class Azuma trains which are transforming travel for customers and communities along the East Coast route. The new bi-mode Azuma trains are replacing LNER’s diesel High Speed Trains (HSTs) which have served the Aberdeen route for about 40 years.

LNER’s Anglo-Scot routes will also benefit from the first major change to be made to the trains, with the introduction of additional luggage space in each carriage. The modification will install additional floor mounted luggage racks for large luggage items where some non-reservable seats are currently located, offering extra onboard luggage storage while not inconveniencing any customers already booked to travel. LNER’s nine-car Azuma trains will be fitted with the new luggage space in the new year

David Horne, Managing Director of LNER, said: “As one of our most popular routes, and Aberdeen being Scotland’s third largest city, we were proud to introduce our new Azuma trains, connecting Aberdeen with Edinburgh and London.

“The Granite City is the gateway to the UK’s largest national park, the Cairngorms, as well as being surrounded by some of Scotland’s most scenic coastlines. It’s a magnificent destination all year round and what better way to get to and from Aberdeen in style and speed than with our Azuma trains.

“We’re also pleased to be able to respond to customer feedback by increasing the space available for luggage onboard our longer distance services where customers typically travel with more luggage.”

LNER was proud to launch Aberdeen’s new Azuma service with the train carrying the ‘Celebrating Scotland’ design featuring the striking LNER tartan. The tartan was specially commissioned by LNER in Scotland and incorporates colours that represent the East Coast route.

The Azuma train, which was also introduced on the Inverness route in December, boasts some of the most innovative features of modern passenger trains, offering customers ergonomically designed seats as well as a traffic light reservation system making it even easier to identify available and reserved seats. The train also offers the very best in on-board catering for customers in First Class and Standard.

Customers can also look forward to an extra 7cm of legroom in Standard Class with plug sockets and window blinds at every seat. LNER is replacing all 45 of the existing trains in its fleet with 65 new Azuma trains, which will be completed by June 2020. 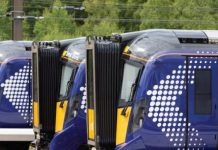 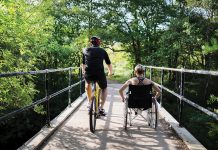 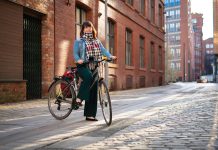 As the cost-of-living crisis starts to hit hard, it’s time to ditch the car for greener and cheaper choices