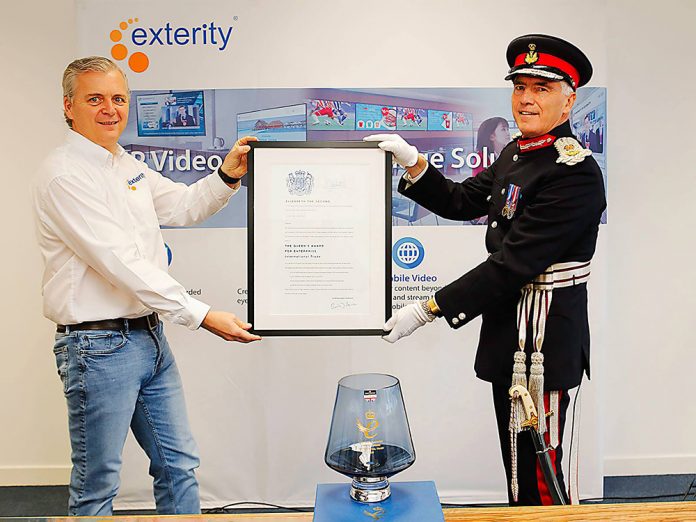 Exterity, a venture capital-backed technology company established in 2001, has become a leader in innovation with extensive global reach. The prestigious Queen’s Award for Enterprise recognises Exterity’s ability to successfully execute on its global strategy in delivering the best professional IP video and digital signage solutions to its clients worldwide, while maximising its operating and financial excellence. Exterity, a trusted, financially stable and profitable business still led today by the founding executives, has experienced 85% growth in exports over the last three years and has a presence on every continent, providing multilingual sales and support around the world.

Farquhar said after being presented with the award: “It is a tremendous honour and achievement to receive The Queen’s Award for Enterprise: International Trade 2020. It reflects our continued investment in R&D and great people, as we have successfully strived to turn our vision and focus on providing the best solutions into a market-leading, global company that that still maintains its roots as a Scottish business.”

The company is one of 220 organisations recognised nationally – and one of eight in Scotland – with a Queen’s Award for Enterprise. Now in its 54th year, the Queen’s Awards for Enterprise are the most prestigious business awards in the United Kingdom, with winning businesses able to use the esteemed Queen’s Awards emblem for the next five years. 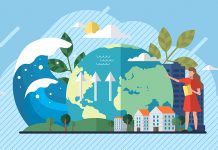 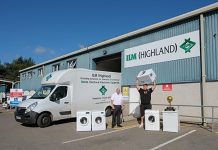