Fife Chamber’s Board met for the first time since the appointment of its new President and Directors.

Reviewing progress towards the Chamber’s ambitious year-end membership targets, and agreeing new investment in staff to drive further improvements, were just two of the meeting’s objectives. The Chamber Board also discussed plans which would allow the Chamber to have a stronger voice on the stakeholder forums and partnerships that shape business and community ambitions across Fife, as well as reviewing how Fife Chamber can contribute more to the work of the Scottish and British Chambers of Commerce.

Brian Horisk, Director of Horisk Leslie Development who previously held the Vice President role in the Chamber was appointed as President at the Chamber’s AGM in May 2019.

Brian, who took over from Peter Southcott, is supported by new Board members Colin Brown from Burness Paull LLP, Heather Stuart, from Fife Cultural Trust, Iain Haywood, from Rollos, Wicus Van Biljon from Business Doctors, Carl Hodson, from SeeScape and Alan Nicoll, from Babcock International who was appointed at this meeting as the first order of business. 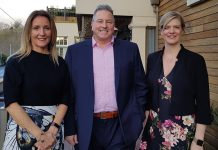 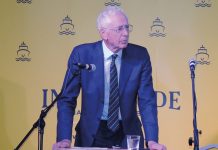 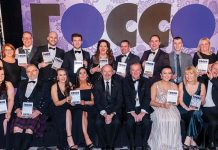