When Clyde Blowers Capital (CBC), an engineering investment firm based in East Kilbride, acquired US-based Cone Drive in October 2012, the industrial gearing company was about to embark on a remarkable journey of rapid transformation into a globally integrated business with operations on three continents serving a wide range of precision motion control technology markets.

At the time of CBC’s original acquisition, Cone Drive, headquartered in Traverse City, Michigan, was predominantly viewed as an industrial gearing company specialising in high shock load and torque dense double enveloping worm gear and servo drive technology. They had a commitment to both operational and engineering excellence, combining highly efficient manufacturing processes, excellent product development skills and a deep-rooted software development capability, which they utilised to design and manufacture a wide range of configured and bespoke product solutions.

In 2012, Cone Drive served a diverse range of industrial markets and had just dipped its toe into the solar power generation market. The business operated out of the US with no presence beyond that and virtually all sales were into North America.

From Traverse City to Jiangyin, China!

With a strong management team already in place, CBC sought to build upon the qualities that the company already exhibited – the commitment to operational and engineering excellence, the particular unique features of it’s product range and the opportunities that they could see for the company’s capabilities in wider markets and geographies.

CBC Partner, Dougie Hawkins, commented: “We saw a strong opportunity to create a leading global player. Given the strengths we identified at Cone Drive and the latent growth potential within the business, we considered Cone Drive to be a sleeping giant. We just needed to invest in the right development opportunities and follow them through.”

CBC repositioned Cone Drive to become a leader in the industrial technology space, focussing on precision motion control technologies. There were three important factors in achieving this vision:

1) Geographic Expansion: Due to Cone Drive’s success in their domestic market, CBC saw no reason, given its competitive positioning, that they could not replicate the success in other overseas geographies.

2) Product Expansion: CBC sought to broaden the range of product solutions that Cone Drive had in its locker to solve their customer’s multitude of precision motion control challenges.

The acquisition of H-Fang, based in Jiangyin, China, in September 2014 represented a key milestone in the geographic expansion of the business. The acquisition provided Cone Drive access to the fast growing domestic solar and robotics markets and through H-Fang’s two manufacturing facilities in China, allowed Cone Drive to ensure it remained competitive in its now global markets.

At the time of the H-Fang acquisition Cone Drive CEO, Kurt Gamelin, commented: “The addition of H-Fang to the Cone Drive business furthers our globalisation strategy and expands our precision motion control product portfolio, both key elements of Cone Drive’s longer term growth strategy. Having operational excellence in both North America and China allows us to support and expand our customer base in both regions.”

However, the global expansion did not halt there. Cone Drive further invested in establishing a sales organisation in Europe, expanding Cone Drive’s international presence across three continents.

A move into robotics

Product expansion was achieved by a combination of acquisition and in-house product developments. The acquisition of H-Fang introduced a range of precision slewing drives and precision slewing bearings to the product portfolio. Additionally, Cone Drive began developing another type of specialist gearing, their Harmonic Solutions product range, that was successfully launched in September 2016.

The market dynamics of this product were particularly attractive as not only is it a critical component in the fast growing robotics market, the engineering and manufacturing technologies required to produce the product meant there were very few organisations in the world doing so.

Through their expanded product capability and geographic reach, Cone Drive entered new and fast growing motion control markets where they previously did not operate. They are now a global leader in high precision tracking solutions for the solar power generation industry and can offer a full suite of tracking solutions for all forms of solar power generation – PV, CPV and CSP. The development of the Harmonic Solutions range has opened up the fast growing robotics market in addition to medical robotics and satellite tracking markets.

Through an ambitious and successful re-positioning strategy deployed by CBC, Cone Drive is now a global player in precision motion control technology markets.

“Cone Drive’s repostioning has been well received by the market and the large opportunity pipeline that has been created supports growth well into the future. However, Cone Drive continues to innovate. The team has commenced development of their cycloidal drive, another technically challenging high precision product, deepening their capabilities in the robotics and precision motion control arena,” added Hawkins.

The global trading brands of Cone Drive and H-Fang offer an extensive range of highly engineered precision motion control technology products, services, and bespoke engineered solutions that satisfy the most challenging requirements across the world.

Having established itself as a leader in precision motion control technology on a global platform, Cone Drive is embracing the evolution toward increased automation, connectivity and real time performance analytics in manufacturing. The next stage for Cone Drive is to develop its wider sensor, electromechanical and mechatronic capabilities to offer customers the ultimate in precision motion control technology. 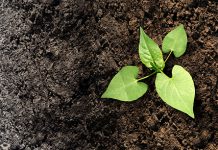 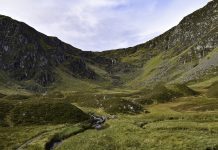 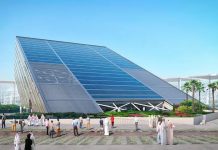