As a result of Covid-19 many of us have embraced technology to keep connected to our families, friends, teachers and work colleagues. However, few of us will be aware of how emerging technologies, such as the Internet of Things (IoT) – a key building block of smart cities – is being deployed to eradicate the virus, get us back to work safely and to kick start the global economy. This article, the first in a series, analyses the many ways in which IoT has been deployed in the fight against Covid-19 and the role of policy makers in stimulating investment in IoT.

Robots at the frontline

Since the start of the pandemic, the World Health Organisation has indoctrinated a clear and consistent message to clean, sanitise and disinfect regularly. Consequently, mainstream and social media is populated with images of workers dressed in protective gear sanitising tourist landmarks, office buildings and city streets. However, using people to sanitise buildings and streets is operationally intensive and resource expensive.

Connected autonomous robots are being deployed at the frontline to remove these operational overheads. Self-driving WiFi connected robots are using ultraviolet (UV) light to reduce the spread of infectious diseases. UV light (specifically UVC) is thought to kill vira, bacteria, and other types of harmful organic microorganisms in the environment by breaking down their DNA-structures. Now in high demand Denmark’s UVD Robots, for example, are being deployed in hospitals, government buildings, offices, hotels, airports and universities providing relief for overworked healthcare teams and workers.

Is tracking the solution?

Contact tracing apps are one solution being used to support governments ease lockdown restrictions. It works by using Bluetooth to perform a digital ‘handshake’ when two users come into close contact. It then alerts people if they have been in close contact with someone who later reports positive for Covid-19. While contract tracing apps are still being tested in the UK, dozens of governments around world from East to West have deployed them.

Apps are also being used to enforce quarantine measures on travellers arriving from other countries. In Hong Kong for example, you will be issued with a wrist band and a QR code upon arrival, and be instructed to download a ‘StayHomeSafe’ mobile app. The app uses Bluetooth, cellular, WiFi and GPS to ensure you remain in place during your quarantine period. Similar mandatory ‘quarantine apps’ have been launched in Argentina India, South Korea, Poland and Russia.

Mobile network operators (MNOs) are also using novel methods to curb the spread of Covid-19. Swiss telecoms giant Swisscom, at the request of the government, is using anonymised cellular location data to manage crowds and enforce social distancing measures. Swisscom will alert the authorities when more than 20 phones are detected in public spaces of around 10,000 square-meters (100 metres by 100 metres). Other MNOs have also agreed to share mobile phone location data with authorities (including the European Commission) to track the spread of the virus.

or to prevent the outbreak of any future pandemics. Data from health tracking wearables such as Fitbit, Apple and Google have also been used to predict potential influenza outbreaks in the past.

Thermal imaging cameras can also be used to detect abnormal temperatures. As part of its IoT portfolio, Vodafone in the UK for example, has introduced a heat camera to detect people’s temperature as they enter buildings with the ability to detect the temperature of 100 people per minute. These thermal images can be streamed wirelessly in real time over a 5G network to a laptop or mobile device which can create alerts upon detecting abnormal temperatures which can then be further investigated if necessary.

Getting people back to work

While technology is being used to directly curb the spread of virus, it is also being used to kickstart the economy. Given the devastating impact of the virus upon our economies, Governments are eager to ease lock down restrictions and get people back into work as soon as possible, but safely. In response to the need for greater worker protection a number of companies such as Triax Technologies have developed connected wearable devices that can be work on hardhats or clothing provide distancing alerts. Devices worn by workers emit a progressively louder alarm, alerting workers when they are too close to each other enabling them to stay safe by adhering to social distancing measures. These devices use low power networks such as WiFi, LoRaWAN or bespoke mesh networks to communicate with each other.

IoT is at the heart of the global fight against Covid-19. Not only is IoT pivotal in killing and containing the virus, investment in IoT and supporting digital infrastructure can kickstart and sharpen economic recovery. Therefore, it is more important than ever for policy makers at local, regional and national level to start planning their smart city and IoT strategies. 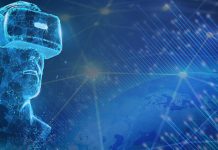 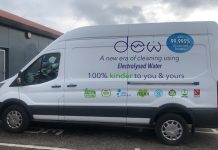 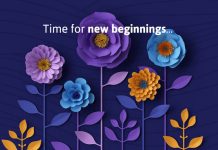