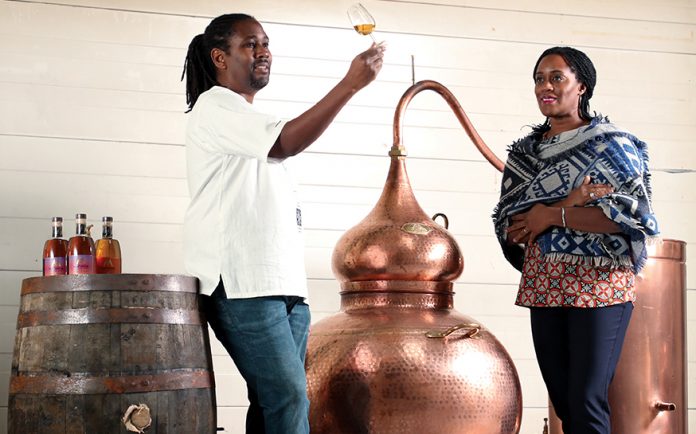 West Lothian Chamber of Commerce member, Matugga Distillers Ltd, opened the only dedicated rum distillery in central Scotland last year. Bringing together a vibrant fusion of African and Caribbean heritage alongside Scottish distilling craft, Matugga Distillers’ new Livingston home provides an exciting opportunity for the company to expand the production and distribution of its award-winning rums.

Owning a rum distillery was always part of the plan for husband and wife team Paul and Jacine Rutasikwa. So much so that they left successful careers in civil engineering and corporate marketing behind and relocated their young family from England to Scotland to turn their dreams into reality.

Their aim has always been to combine rum’s distinguished heritage with high quality natural ingredients and modern micro distillery craft to create exceptional spirits. Today, the team oversees the entire production of its handcrafted spirits – from fermentation and distilling to hand-bottling on site.

Head distiller, Paul, a graduate of Heriot-Watt University’s world-renowned course in Brewing and Distilling, is passionate about the emerging Scottish rum scene and recently became the first ever representative from a dedicated rum distillery on the Scottish Distillers Association board.

Although Scotland is home to more than 150 distilleries, Matugga Distillers is one of just a few flying the flag for small-batch Scottish rum. Yet, Scotland has a deep rum heritage, dating back to the 17th century when Glasgow was a hub for rum production. Rum’s popularity is growing too. According to the Wine and Spirit Trade Association, UK rum sales surpassed £1 billion for the first time in 2018, with around 35 million bottles sold.

As demand for high-quality rum increases across the UK, Matugga Distillers has carefully blended its local and international marketing strategies. In the home market, the company recently won a regional product listing in the Co-op’s Scottish spirits range. On the international front, it continues to export healthy volumes to Europe while developing plans to enter new territories including East Africa and North America.

At the same time, Matugga Distillers is building a formidable local network, developing strong links with West Lothian College, Livingston Football Club, Macdonald Houston House Hotel and The Larder Cook School. The team has also moved into food and drink tourism through distillery tours and tastings and will shortly be launching a new brand with a local resonance called Liv Rum. The Liv Rum range features artisanal white rums and has already picked up international recognition with a silver medal in the 2019 International Wine & Spirit Competition.

Although the road ahead may be uncertain for many craft distilleries, Matugga Distillers is building success with an approach that embraces both local and international markets. The company is also living proof of what can be accomplished by entrepreneurial women and men ‘adopted’ by Scotland. 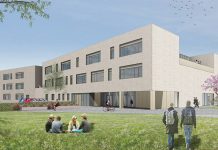 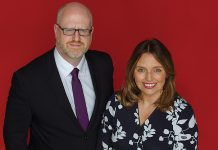 A property business with a social conscience 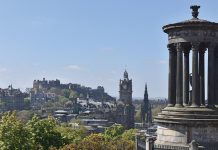 Edinburgh announced as winning applicant for global cities can b initiative