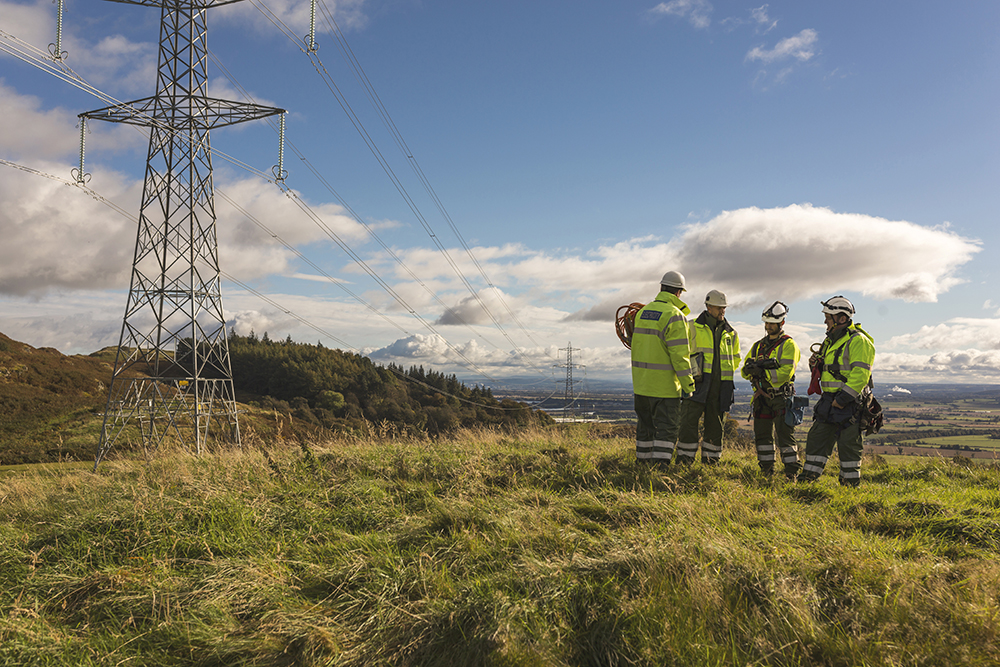 Sweden has just opened its first electric road, and while it might look like a real-life Scalextric set, it means battery-powered vehicles can charge on the go. In India there are now more electric rickshaws on the roads – 1.5 million – than even China has electric cars. And in the US the development of electric cars could see the average range rise to 400 miles within the next few years.

Without a doubt the electric revolution has arrived. And not before time. The catastrophic warnings from the United Nations’ Intergovernmental Panel on Climate Change earlier this month, made it shockingly clear that immediate action to reduce emissions is vital.

The electricity sector has been acting already. Old coal fire power plants have almost gone and with them the reliance on fossil fuels which contributed so much to climate change. Renewables are now growing at a pace far beyond any predictions. We’re harnessing the wind, the tides and the sun in the new energy mix which is powering our future.

And we are all changing too, from being passive users of electricity to being active consumers.

We have solar panels on our roofs, heat pumps in our homes, and of course many people now have electric vehicles (EVs) in their driveways.

EVs are clean to run – and if the electricity they’re powered by comes from renewable sources too, they’re even more environmentally friendly. They’re also becoming cheaper as the technology progresses and consumers are already responding with sales of electric cars steadily climbing in the UK. Indeed, the Society of Motor Manufacturers and Traders said there was a 90 per cent increase in sales of electric vehicles in August this year compared to last year.

Both the UK and Scottish governments are accelerating the demand for EVs too. Nicola Sturgeon announced in her latest Programme for Government that millions would be spent on installing electric chargers in people’s homes, in businesses and in council premises; that the government’s Low Carbon Transport Fund would be raised to £20m; and there would be the creation of 20 “electric towns” by 2025. Theresa May’s government has also launched a £106m package for projects developing green battery, vehicle and re-fuelling technology.

So the world of passenger transport is changing radically – be it cars, buses, or even three-wheeled rickshaws. More than that, the public switch to EVs is happening far more rapidly than anyone predicted – and the forecasts for the years ahead will see that move continue to gain pace.

But there is a potential stumbling block in the road: ensuring that this change can be accommodated by the local electricity grid. And that is where SP Energy Networks comes in.

We are the network operator which transmits and distributes electricity to more than two million customers across central and southern Scotland. It is our job to keep the electricity flowing 24 hours a day, seven days a week; making sure that it is there whenever you switch on a light, or the television, or charge your mobile phone – or even your car.

We ensure power flows through the pylons and the cables which make sure homes, businesses and organisations can rely on a secure supply of electricity. Which is why we spend around £1bn a year in our networks (which also includes north Wales, Merseyside, Cheshire and north Shropshire); and it’s why our network is 99.9 per cent reliable with the cost of that, to an average bill payer, being just between 30 and 35 pence a day – less than the price of a second class stamp.

So SP Energy Networks is an integral part of the Scottish economy. Not just because of what we provide, but because we employ 3000 people directly and a further 3000 through service partners, as well as supporting another 12,000 jobs across our supply chains, and of course, ensuring all the businesses which rely on us can keep trading because we’re keeping their lights on.

And now we need to keep the traffic flowing too. So we are at the forefront of innovation, leading the charge on ensuring the future of our network is resilient when new demands are placed on it; ensuring that rather than being a block to the electric revolution, we are delivering a better future, quicker for everyone.

But here are the facts: current capacity of our electricity network can handle one house in every eight having a charge point fitted for their EV, but after that increased capacity and innovation via SMART charging technologies will be required if we are to ensure the overall costs, met through customers’ electricity bills, are kept to a minimum and low carbon transport keeps moving. So there needs to be investment in the wider electricity infrastructure to ensure that as the number of electric chargers increases, the necessary local grid capacity is available when it’s needed.

SP Energy Networks can, of course, deliver that work efficiently but we require the support of Ofgem, the energy regulator, to allow us to do the work ahead of demand across all our communities to ensure the whole electric revolution doesn’t stall, and that costs are minimised. After all, we believe all parts of society should benefit from this low carbon revolution, to have access to private and public electric vehicles and the health benefits of low or zero emissions.

We have already connected 7GW of renewables to our network – which is more than the peak demand for the whole of Scotland – which shows we have the capability to deliver a low carbon economy, but in order to be able to meet oncoming demand, to meet the targets set out by governments, there needs to be fundamental shift by policy makers and their understanding of our emerging energy system and its needs.

The existing policies that guide how we invest do not take sufficient account of regional differences, nor do they allow investment in infrastructure before the consumer demand exists. If we are to realise the next ambitious stage of the energy revolution and decarbonise our transport sector, it will be vital that energy network companies are able to invest in the required infrastructure, ahead of consumer demand, and at a pace that reflects local government plans so that people can be confident that they will be able to charge their cars when they need to.

Without that investment, it would be like today’s drivers getting to the petrol station on an empty tank and finding the pump dry.

Over the past ten years our energy system has moved from large, centralised power stations to much more local, distributed renewable generation. The new revolution is in transport and Ofgem has to move from centralised decision making and devolve this power to our communities who know best what is required locally to meet the challenges of this revolution at their own pace.

SP Energy Networks wants to help Scottish businesses and consumers benefit from the change to a low carbon economy. But that change begins at the roots – and the roots are the wires and cables which deliver electricity to all of us. They need to be ready to meet the challenges of the electric revolution ahead, and so we at SP Energy Networks can continue to make sure that on the list of the many challenges facing Scottish business, the electricity supply is not one of them. 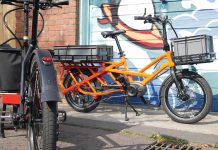 Electric Cargo Bikes: Best for the planet – best for your business 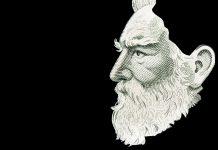 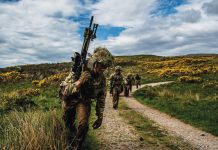