Emobix has been working within the OpenBanking ecosystem for almost 3 years now, so I thought it’d be useful to share an insider’s view on where we are today.

Firstly: don’t be scared by the buzzwords

For those that aren’t working directly in the area, the ‘OpenBanking’ term often worries people. Rest assured that OpenBanking isn’t going to give anyone else access to any of your banking without your explicit permission – you are always in control.

In fact, for most people you’ll never need to have any understanding of what OpenBanking is, and you may already have used it to make your life easier wi-thout realising the underlying technology was OpenBanking. Much like GDPR, the result of the underlying legislation (known as the ‘Revised Payment Services Directive’, or PSD2) is to give you extra rights and control over your own banking data and operations.

Where we are today

The largest 9 banks in the UK started supporting OpenBanking in January 2018, and most smaller banks went live in September 2019. There were the usual initial teething troubles, but it’s fair to say that nowadays it all works pretty well. If you use cloud accounting software like Xero then you’re almost certainly already using OpenBanking to automatically ‘feed’ your current account and credit card transactions into your accounting package ready for reconciliation.

Monzo have recently launched a feature that allows you to move money directly from your accounts at other banks into your Monzo account – without needing to jump through the usual hoops of entering sort codes and account numbers, but still leaving you in full control of how much is transferred and when. They also use OpenBanking to allow you to view the balances and transactions of your non-Monzo accounts within their app.

We’ve also seen other benefits – for example some charities now use OpenBanking to let you easily send a one-off donation direct from your bank account, saving them money on card processing fees and removing the need for donors to enter card details.

There are unfortunately two major annoyances due to the way the legislation was written:

1. when authorizing third parties like your accounting software to import your bank transactions, this authorization has to be renewed every 90 days

2. some accounts are “out of scope” for OpenBanking/PSD2, meaning you’re unable to use OpenBanking for these accounts – examples might be mortgages or saving accounts that you can’t make payments to third parties from.

Some banks (for example Starling) have taken the view that they’ll go further than the law requires them to, making the 90 day renewal easier than many of the large incumbent banks. Hopefully other banks will improve the process in time, either to improve the experience for their users, or perhaps more likely because our law makers force them to.

The end of the Brexit transition period is looming – unfortunately as we have no details on what any exit deal might look like, so it’s impossible to say what effect this will have. For those using OpenBanking, the ideal situation would be that ‘passporting’ of Financial Institutions between the UK and EU continues, which would result in little changing. This would mean effectively continuing to cede control of parts of our financial system to the EU, something not really compatible with the ‘take back control’ motto. It’s hence very plausible that we’ll see some significant disruption immediately after the transition period ends, though if the details of any agreement are known early enough this can hopefully be avoided.

We should see some subtle but useful innovation over the next year or two – you may never realise it is innovation made possible by OpenBanking; you’ll just see some of your day to day tasks getting simpler, quicker and less error prone.

As an example, I’m sure many smaller companies are currently running payroll by having someone manually copy values from payroll software into your bank’s internet banking, a manual process that’s annoying and potentially error prone. Once the payroll provider supports OpenBanking this should become fully automatic. Similarly, for those that have already switched to cloud-based employee expense systems (like expensify) we should see the approval of a claim automatically scheduling the repayment to the employee – reducing costs, speeding up repayments and reducing the potential for human error. 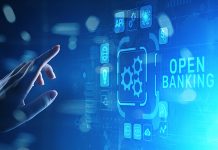 The latest on OpenBanking 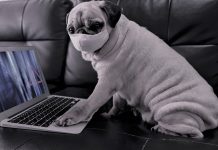 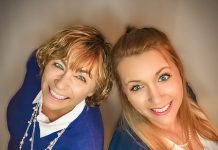