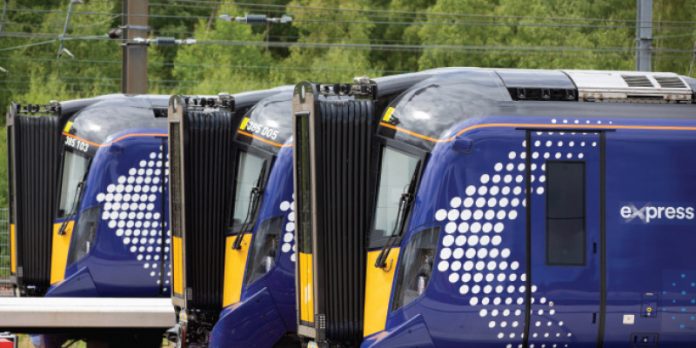 By Dr Liz Cameron CBE, Chief Executive of the Scottish Chambers of Commerce.

These vital arteries though have become increasingly clogged, holding back economic growth and diminishing our international reputation and standing.

If we compare ourselves to other European countries, our transport recovery is lagging. In Germany the train operating company DB has announced that for €9, passengers will be able to travel throughout the country on local and regional trains for a whole month in June, July or August.

Meanwhile, earlier this year Transport Scotland sanctioned a 3.8 percent rise in rail fares, the largest in a decade, which fails to recognise the importance of getting people back onto public transport to fostering economic activity from business, leisure and tourism passengers.

Instead of getting Scotland moving again, businesses and their employees continue to face frequent travel disruption and rising prices, finding it difficult or costly to get to and from their place of work, choosing not to travel because of cancelations, often resorting to the car which is also becoming increasingly expensive to run as fuel prices continue to rise.

Of course, the private sector also has a role to play in delivering a successful Scottish transport network and the long delays and cancellations at many Scottish airports has also revealed the underlying issues that are impacting on the wider economy.

Despite well paid job opportunities at Scotland’s airports, many are struggling to fill vacancies in key areas such as security, compounding the sectors recovery challenges further, leading to long delays and cancellations over recent days.

The limited workforce availability and skills shortages is making recruitment for businesses increasingly challenging as figures from the Office for National Statistics reveal that for the first time since records began, there are now more job vacancies in the UK than there are people registered as unemployed, meaning competition for employees is becoming increasingly fierce.

The pandemic delayed the recruitment and training of many new train drivers which has resulted in hundreds of trains being cancelled and many services are now ending four hours earlier than normal due to the temporary timetable in place due to the industrial dispute between Aslef (the train drivers union) and ScotRail.

Economists estimate that the loss of services is costing the Scottish economy over £50m every week that the disruption lasts, depressing footfall in our towns and high streets, further delaying a return to the office for many employees and damaging the hospitality sector and decimating the night-time economy.

The impacts are being felt by the sectors of the economy hardest hit by the COVID-19 pandemic, amongst the last to reopen and those in the most precarious stages of recovery.

With the recent news that Aself members have accepted a renewed pay offer by ScotRail, it is urgent that the full timetable comes back into operation as soon as possible.

Take a step back to look at the wider Scottish transport policy landscape and issues such as the ferry fleet, unfit for the future and in desperate need of upgrading to serve our island communities and businesses also stands out as another area of concern.

Again, the nationalised Ferguson Shipyard in Inverclyde which has now seen the taxpayer foot over £240m, two-and-a-half times the original budget intended, to produce two additional ferries has been widely criticised and damages Scotland’s global standing.

Add in the ongoing failure to find a suitable private sector operator for Glasgow Prestwick Airport and it’s clear that the Scottish Government don’t have their transport troubles to seek.

Bubbling away in the background, lost amongst the myriad of transport reviews, strategies and consultations are the many other long delayed or now overdue promised transport improvements from the dualling of the A9 and A96 to improved rail infrastructure and electric vehicle charging point rollouts.

Many of Scotland’s businesses support the Scottish Government’s ambitions to reach Net Zero emissions by 2045, however, without Holyrood delivering on a fully functioning transport infrastructure that’s fit for the 21st century, greater investment in green transport options and support to enable businesses transition, it’s increasingly unlikely Scotland’s climate change goals will be met on time.

The Scottish Government’s focus on active travel is right and important, however, getting people out of their cars and onto public transport, cycling and walking requires those services to be reliable, affordable and accessible. For too many people today across Scotland, that simply isn’t the case.

The rising cost of doing business, through increased wages, electricity, material and fuel costs means that 7 out of 10 Scottish businesses are likely to raise their prices over this quarter to stay financially viable, according to research by Scottish Chambers of Commerce.

Combined, it’s clear that the Scottish and UK Government’s must take a partnership approach alongside business to help resolve these problems that span across the labour market and are now beginning to impact on transport infrastructure delivery.

It’s not a lack of ambition, but a lack of delivery that is a key factor.

For example, the Clyde Metro represents a multi-billion investment opportunity which, when complete, could better connect over 1.5 million people to employment, education, and health services in and around the Glasgow City Region revolutionising the regions economy, yet the shovels still aren’t in the ground.

Businesses and our economy need to see better progress and swiftly when it comes to the transport agenda.

Investment and collaboration with businesses is essential to deliver this.

People and skills are also required to make investment a success.

It’s time to shift Scotland’s transport offering up a gear and start delivering. 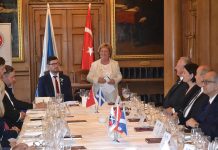 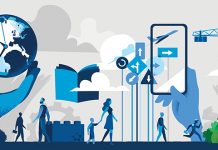 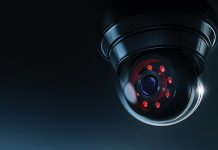 Safeguarding your staff and properly protecting your premises