During 2020 the process for appointing board members to Scottish public bodies was paused as a result of the pandemic. Statistics for 2021 are not yet available but it seems inevitable that the appointment process continued to be affected. As a result, we expect to see a number of new opportunities become available this year for those who are interested in serving as a member of a public body.

What is a public appointee?

A public appointee is an individual appointed to the board of a public body. Appointments to Scottish public bodies are generally made by the Scottish Ministers.

Public appointees should not be involved in the day-to-day running of the public body. However, the board is collectively responsible for providing strategic leadership, holding the senior management team to account, and ensuring that the organisation is acting in accordance with its financial obligations (particularly the Scottish Public Finance Manual).

How to become a public appointee?

All vacancies for appointments to Scottish public bodies are advertised on the Scottish Government’s website. Advertisements set out what the role involves, the skills required and the application process which may vary depending on the role. The Scottish Government has published Guidance to help candidates strengthen their applications.

A Code of Practice requires that vacancies should be advertised in a way which will attract a diverse range of candidates and the appointment process must be fair, open and transparent and provide equality of opportunity. All appointments must be made on merit.

What are the responsibilities of public appointees?

The specific responsibilities of a public appointee will depend on the role that they hold and the functions of the public body. However, three fundamental principles are relevant to all public appointees:

confidentiality – board members have access to information which they must keep confidential; and

conduct – board members must not act in a way which may damage the reputation of the organisation.

What are the risks associated with being a public appointee?

A board member may be the subject of a complaint to the Ethical Standards Commissioner. If a member is found to be in breach of their organisation’s Code of Conduct they can be censured, suspended or disqualified.

If a public appointee acts recklessly or in bad faith, they may expose themselves to civil or criminal liability. If an allegation of serious wrongdoing is made against them by the board or the senior management team, support is unlikely to be provided by the public body and the individual may have to seek independent support and advice. 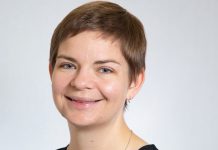 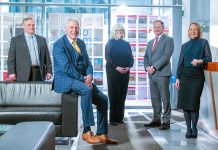 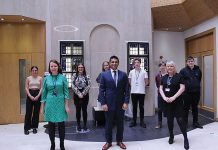