As David Horne, Managing Director for Virgin Trains on the east coast route explains, Edinburgh is a city shaped, in no small part, by the railways. Whether you look north across the steel cantilevers of the Forth Bridge or south down the East Coast mainline linking the Scottish and UK capitals, rail has played a major role in connecting this great city’s people, its businesses and its economy.

And that role is set to continue over the coming years, when rail will help shape the kind of city that Edinburgh will become.

In the three years in which I’ve worked as managing director of Virgin Trains’ east coast route, we’ve been working to transform Edinburgh’s connectivity – and I’m really proud of the progress we’ve achieved. There are now an extra 48 services a week connecting Edinburgh to London; we’ve completely refurbished the interiors of the existing fleet and invested heavily in train reliability and new customer service innovations like free wifi and the Seatfrog app, which allows customers to bid for last-minute upgrades to First Class.

But the biggest transformation is yet to happen. From December this year, the first of 65 specially build Virgin Azuma trains will enter passenger service on the east coast route, with the first passenger-carrying train reaching Edinburgh in March 2019.

These state-of-the-art trains, built by Hitachi just south of the border in County Durham, will deliver a step-change in the experience of the train-travelling public. The Azuma, whose name means “East” in Japanese, is faster, greener, sleeker and more comfortable, designed with the needs of the 21st Century rail passenger in mind.

But more than that, the Azuma fleet will deliver a profound and positive impact on Edinburgh’s economic development, creating more jobs, investment, and opportunities for the city to flourish.

Azuma will support Edinburgh’s ambitions to be one of the UK’s greenest cities, reducing its dependence on domestic air travel to London. Following roll out of the full fleet, regular train journey times between the two capitals will drop to just four hours, all but erasing the time advantage air has over rail, while the number of services will increase further still.

We’re already seeing a record level of people choose train over plane, an historic shift that has saved thousands of tonnes of CO2 every year. We’re confident that this step-change in the rail offer will see train overtake plane on the UK’s busiest domestic air route for the first time since the 1980s.

For a city famed for major events such as the festivals and Hogmanay celebrations, having a big increase in rail capacity will allow these events to grow further. When the full Azuma timetable is delivered, we will see a 28% increase in the number of seats available from King’s Cross in the peak hours.

We already employ around 360 people in Edinburgh. Not only will this grow as the number of services increase, but we’re confident that the upturn in Edinburgh’s rail connectivity will create new opportunities for investment and reasons for businesses to locate themselves here.

Edinburgh’s development in the 21st Century will depend on it becoming greener, better connected and more attractive to visitors and investors. Rail has a pivotal role in making these changes happen. 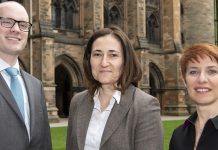 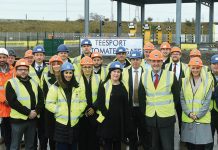 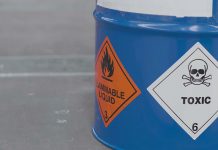