Scotland remained at the forefront of the global renewables revolution during 2017, said environmental and industry groups

Highlights from this year included the world’s first floating wind farm delivering electricity to the Scottish grid and the largest solar farm in Scotland receiving the green light.

Dr Sam Gardner, Dr Sam Gardner, WWF Scotland Acting Director said: “There’s no doubt this year continued to build on the great success we saw during 2016. Scotland remains a world leader in renewables innovation, utilising our immense natural resources. With well over half of our electricity needs now being met from renewable sources the low carbon revolution is well and truly underway.

“We now need to build on the success we’ve seen in renewable electricity to drive forward renewable energy in our heat and transport sectors. The Scottish Government’s commitment to deliver 50 per cent of all energy from renewables across heat, transport and electricity was one of the year’s most significant signals of intent. The announcement about phasing out new polluting petrol and diesel vehicles by 2032 is an important first step but the commitment to 50% renewable energy needs to be matched by bold, concrete new actions to deliver.”

Claire Mack, Chief Executive of Scottish Renewables, said: “The achievements made by Scotland’s renewable energy industry in 2017 are something of which the whole country can be proud.

“In an uncertain policy environment the 26,000 people who work in green energy have continued to ensure that the maximum economic, social and environmental benefits from the growth of renewables are delivered across Scotland.

“Also worthy of mention is the work which is being carried out in offshore wind, where projects are now starting to get steel in the water, providing a long-awaited boost for that sector’s many talented supply chain businesses.

“With the active backing of government, and the determination of industry, this industry can continue to deliver the benefits of our commitment to tackle climate change, bring secure, affordable energy to the UK and assist in the shift to a cleaner, more sustainable energy system.”

Dave Pearson Director of STAR Renewables said: “We know that there is an eight fold surplus of heat in the Clyde for large heat pumps to deliver the heat that Glasgow city centre needs. The Scottish Government funding in the Gorbals will allow us to demonstrate this. However, widespread uptake needs more than vision and support. We must see downward pressure on the use of gas as despite it being a large contributor to climate emissions (NOx as well as CO2) it is still the accepted norm even when renewable heat will result in cleaner air and more jobs. It is fundamentally wrong for public sector funds to be spent in Universities, Hospitals, schools etc on the continued use of gas that will undermine progress towards national and international goals.” 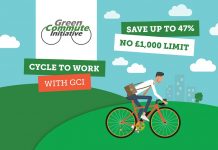 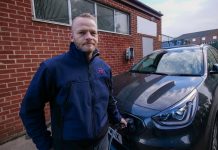 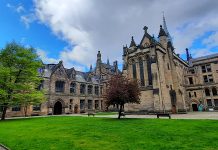