The political and economic turbulence have left the business community in dismay.

The Prime Minister’s sudden resignation and another Conservative Party leadership contest has exacerbated those levels of uncertainty in the UK.

As we look ahead, the winter period is on course to be a challenging trading period.

The confirmation that the UK economy shrank in August has strengthened predictions that it will fall into a technical recession. GDP fell by 0.3% after forecasts that it would stall but not shrink, as the costs emergency continues to mount for businesses and households. This comes as inflation and price hikes increase at their fastest rate in decades, piling pressure on business cash flow.

Scottish businesses have been urgently calling for the UK Government to address ongoing economic challenges and uncertainty, and to provide firms with the clarity and support they need to make it through the winter.

The UK Government attempted to respond to these concerns in September through the “mini-Budget”. Whilst almost all those policies have now been dismantled by the new Chancellor, the six months energy support package remains an important support measure to give breathing room for businesses facing eye-watering energy costs.

However, concerns have been heightened over the rolling back of energy bills support for households and the lack of detail on the yet-to-be-determined most vulnerable business sectors that may qualify for continued support beyond April.

Our most recent economic research highlights that energy bills are the top cost pressure for Scottish businesses, with 8 in 10 firms being affected.

We urge the Chancellor to engage with the business community urgently and provide clarity on the proposed targeted support beyond April to avoid a cliff-edge scenario of rocketing energy costs.

There is no doubt that the mini-Budget has contributed to a whirlwind of business and market uncertainty.

Our research indicates that business confidence is falling at a concerning rate, that investment is being frozen and cash flow is under threat.

Volatility in the currency, bond and mortgage markets following the mini-budget will have only exacerbated this decline in business performance.

The proposed cut in corporation tax has now been reversed and whilst it will disappoint affected businesses, the vast majority prioritise immediate support to see through the current crisis.

Business will have to raise prices

To build back business confidence, Government must rapidly provide more detail on its fiscal policies, particularly at a time when businesses face the double whammy of rising interest rates and high inflation simultaneously.

This is giving firms no choice but to raise the prices they charge, which further contributes to the cost of living crisis. A record 80% of Scottish businesses told us this quarter that they intend to raise their prices, which is 3% more than the previous quarter, highlighting the scale of the challenge at hand.

To deal with these challenges, the UK Government must work with the Bank of England to co-ordinate fiscal and policy interventions to bring down inflation, then be open-minded to deliver reforms in areas that may be more politically challenging for the current Government such as immigration and planning.

Along with rising costs and energy bills, labour shortages are among the greatest challenges facing our businesses and must be addressed.

The reversal of the National Insurance (NI) contribution hike will be welcomed to ease the pressures on small businesses and incentivise recruitment but as a solitary policy, but it will not address the major challenges in the labour market. Our research indicates that recruitment difficulties have been on the rise through 2022 and have significantly increased since 2021, with the manufacturing and tourism sectors experiencing the most difficulty in hiring people.

That’s why a more pragmatic and economic-focused approach to immigration must be taken. This should include immediate flexing of the Shortage Occupation List and opening up more routes for businesses to access international labour to fill vacancies in the UK.

Businesses need clear line of sight of the UK Government’s long-term economic plans now. The next Prime Minister must immediately set out how they will support firms with energy bills and reduce the rising costs facing businesses and households.

We need business and government pulling in the same direction if we are to create economic growth that is badly needed across the whole of the UK. This is how the Prime Minister will be assessed by the business community. 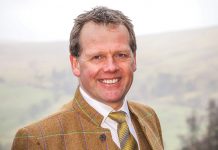 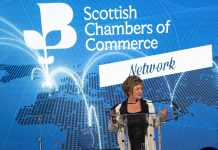 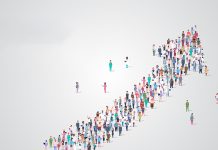